I sincerely hope you caught the difference of the Barack Obama campaign (whether you voted for him or not).  He used online technology like I’ve never seen in a presidential race.  The sheer difference of how he connected to his supporters, those on the fence,  and those against him is especially cutting edge.

Obama used the net to announce his candidacy for the Democratic presidential nominee and he used it for creating and steadily building a massive national and international community of supporters that could be leveraged into an utterly formidable election machine.

His website released regular video addresses, e-mailed supporters constantly, and ran a blog.  He announced his VP pick via text message to those that opt’ed in.

The Obama campaign also mastered the art of the friendly e-mail. The first campaign e-mail on the morning of Tuesday’s election, the one voters would have woken up to in their inbox, was not from Barack but from his wife, Michelle.  It was a friendly email reminding people to vote, but the tone of the email was friendly and helpful… not sales-y.

The lessons are clear… people are using the internet like never before.  Phone books are becoming out-dated.  Online searches are increasing for everything from “how to become a better baseball player” to “fundraising tips for non-profits”.

While your fitness business may not be running for president, it can use the internet and technology to increase those in your sales pipeline.  Once someone opt’s in for something (whether it’s to know who the VP choice is or see a webinar you did showcasing the benfits of eating healthy) you have the ability to follow up with them by sending them friendly emails, helpful newsletters, special offers and more.

The power of the web is astonishing.  You do not have to be a super-geek to use its tools.  Just start with a clear mind of what you currently offer, how you can transfer that to the web and how you can use technology to make your life easier. 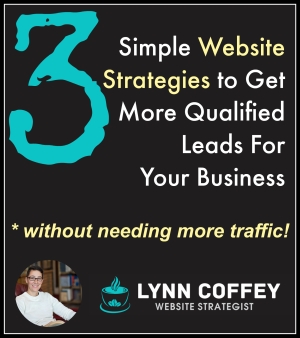